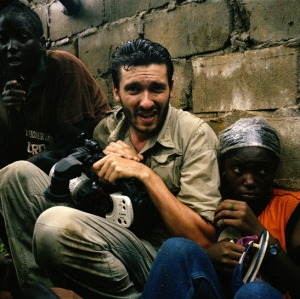 My Friend the Mercenary by James Brabazon is one of the most brutal, true stories you may ever read and yet streaming through it is a remarkable and unlikely friendship.

Brabazon was just beginning his career as a documentary maker and war-correspondent when he was invited to film rebels fighting against dictator Charles Taylor in Liberia, west Africa.

He was introduced to one of Africa’s most notorious mercenaries, Nick du Toit, who had an ambiguous history as part of South Africa’s special forces at the tail end of apartheid.

As James discovered, the sheer need to survive turns the theoretical world of objectivity on its head but also allows friendships to forge that might not otherwise exist.

Alongside the brutal description of rebels executing government soldiers and in one case cutting them up and eating their heart, there is a remarkable, tender portrayal of friendship between two men of different backgrounds.

After Liberia, James is invited by Nick to film the overthrow of the government of Equatorial Guinea. He is part of a small band of mercenaries who are working for the instalment of an exiled leader to replace yet another brutal, corrupt ruler.

However the plan is flawed and all of the mercenaries are imprisoned, Nick in one of the most horrific prisons in Africa, the Black Beach prison.

Tortured, bound and kept in a black hole, Nick survived over five years before being pardoned, thanks to the intervention of South African president, Jacob Zuma.

Towards the end of the book, as Nick is released, an amazing conversion story is told by James about his friend.

‘For years he had survived by listening to the [BBC] World Service and reading the Bible. Peppered with references to mercy and repentance, his speech [after being released] was not just that of a news junkie and a survivor, but of a convert. He said he’d seen both the error of his ways, and the Light. “Now I have God in my life,” he said, “nothing is impossible. Not even being released from Black Beach,” ‘ writes Brabazon.

Later, when asked if he was glad he had gone to prison, Nick is recorded as saying:

‘”Yes. Obviously it was not ideal. But if I hadn’t, then I wouldn’t have changed and would have carried on the same way. And if I had done that, then most likely I would be dead by now.”‘