CS Lewis writes of our generous ability to find excuses for our own bad behaviour but our stubborn inability to accept those excuses in another.

He continues that even if there is reasonable excuse for a harmful or hurtful action or attitude, even if 99 per cent of the situation might be excused, it is the forgiving of what remains that counts.

If we only seek to excuse what we or another has done wrong (another old-fashioned idea) then nothing changes in us or them. But we become better at excuses – and entire industries are spawned.

I find reading of these ideas helps build an accountability in my spirit which I need to rise even slightly above the dust of a groaning creation.

The moving of the Spirit on chaos, a cool breeze on an anguished face, salt on my wayward tongue.

“But I say, do not resist an evil person! If someone slaps you on the right cheek, offer the other cheek also.” Jesus – Matthew 5:39

Turning the other cheek is easily misunderstood.

The story is told of how the great Australian social reformer and evangelist, Rev Bob Hammond, was once confronted with this verse by a heckler. As Rev Hammond preached on the tough streets of Sydney around the time of the Great Depression, the heckler called from the crowd:

“If I was to come up there and hit ya in the face, would ya turn the other cheek?”

Rev Hammond confirmed that he would. So the man walked through the crowd and hit him in the face. Rev Hammond – true to his word – made no effort to retaliate and went to continue with his message.

Not content, the attacker struck him on the face again, and this time the Rev Hammond looked at the man and said, “Jesus never said what I was to do when being struck on the other cheek.”

And with that, the large preacher who played in a premiership-winning Essendon football team as a young man, gave his assailant a hiding. Or so the story goes…

The illustration ‘turn the other cheek’ which Jesus gave as an alternative to seeking revenge is rarely done well.

Many when who think they are ‘turning the other cheek’ are actually just turning away, either in bitterness and smug superiority or in fear and self-loathing. END_OF_DOCUMENT_TOKEN_TO_BE_REPLACED

It’s snowing on Utterance, a WordPress nod to Christmas. But as we are in the southern hemisphere, and the weather is decidedly warm and damp, I think we can describe it as ‘slow rain’. If you don’t know what I’m talking about, it may be time to upgrade your computer…

And some trivia for a slow, wet Saturday afternoon… I wrote a story about Masterchef and the seven deadly sins on July 11 and since then it has recorded 2,109 world-wide hits. That’s a lot of people reading an article that ends with this comment:

The message – however much we have been sinned against, forgiveness can be greater. Obviously, we can turn that around and say that however many times we have sinned, God’s grace is sufficient to bring forgiveness – if we sincerely receive it.

The problem is that if we do not acknowledge the existence of sin – a widespread modern phenomenon – we will not access God’s forgiveness. In this case, if sin does exist , despite our disbelief, we remain unforgiven.

Most people visiting the article have used an internet search related to seven deadly sins or terms such as ‘gluttony’.

Another very popular post relates to Bear Grylls and his Christian faith – about 1,700 readers in five months. Grylls says this about his faith:

When Scott Rush arrived at Denpasar’s District Court on August 26 his white shirt shone in the Bali heat.

By the time he stood in court a dark, wooden cross, of the kind commonly carved and sold in Bali, was hanging around his neck, outside his shirt.

As he made his statement to the magistrates, he told them that his fate was in their hands ‘and the hands of God’.

During his statement, he made an apology for his actions, and as he spoke the words, his right hand lifted up, searching for the cross, which he held and caressed while speaking.

‘I wish to say to you, my parents, my family, and the community, how sorry I am for the crime that I have committed and the pain that I have caused.

‘I have brought much shame upon myself and my family. I have a deep sense of guilt for what I have done.’

”I truly feel sorry for the hurt and pain I’ve caused to my parents. I hope to have the chance to prove I am capable of reform. I want to give back to my community and be an ambassador against drugs.

‘Please say a prayer for me, and remember me to your wife Bernadette. I continue to pray every day and night.’

Rush, the youngest of the so-called Bali 9, has done it tough in prison. A strange episode where he was supposedly circumcised by Muslims being just one example of the spiritual, cultural and legal forces swirling around his life.

He has some strong support in his appeal including a letter from the Australian Federal Police saying he played a minor role in the heroin smuggling operation. An Australian academic respected for his knowledge of international law, has also made a statement on Rush’s behalf.

Now might be a good time to join young Scott in those prayers, morning and night.

And to bring the humanity of this incident more to life, visit the Scott Rush website, obviously developed by his family. 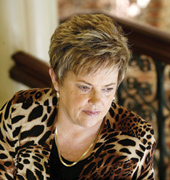 If anyone in Australia has learned something about the giving and receiving of forgiveness, it is Lindy Chamberlain-Creighton.

Lindy was convicted in 1982 of killing her baby daughter Azariah while camping at Uluru in 1980 before being finally exonerated six years later. In that time, Lindy was judged wrongly not only by many in the police and court system, but by at least half of our nation, which was divided over the subject of her guilt or innocence.

Yesterday, Lindy, along with her second husband, Rick Creighton, was a guest speaker at St Ives Baptist Church as part of that church’s innovative Spirited Australians program. Forgiveness was a key theme. 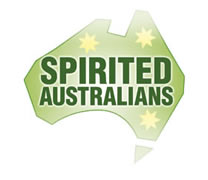 Her visit attracted media attention, partly because Lindy Chamberlain will always be, to some degree, public property in Australia and partly because of revelations made during the talk.

Rick Creighton spoke of a young woman who was so convinced that Lindy had killed her baby, and so outraged, that she got herself convicted of a minor offence to get into the same Northern Territory jail where Lindy was serving a sentence for murder. END_OF_DOCUMENT_TOKEN_TO_BE_REPLACED

While these two ‘clerics’ might seem to be at opposite ends of the religious spectrum (Muslim v Christian) they are actually of the same religious spirit, just wearing different colours.

Religion is a set of laws that people observe externally with scant regard for the state of their heart, or other’s. Power is gained by asserting these laws in ever-increasing measure to affirm one’s own superiority and to ensure the others sublimation.

It is true that we live in a moral universe and that there is a way of living that is right before God. But none of us attain it and our only hope is not more religion, but a freeing relationship with the one who is always truth, and love.When the religious power-mongers of Jesus’ day brought an adulterous woman before him, he first reminded them of their own sin and then dealt graciously with the woman. ‘He that is without sin, throw the first stone.’ No stones were thrown and the only one entitled too, Jesus, chose to love, forgive and gently direct the woman to a better life – one that she found in following him.

Now if Jesus didn’t cast a stone, how is that Mr Sedighi and Mr Phelps (and, let’s be honest, occasionally you and I)think they can? Because they have lost sight (or never known) their own brokenness before God and that in Jesus, judgement has fallen, been met, and the way thrown open for new life. Does God hate sin? Yes, because of what it does to people. Does God hate people? No, he died for them. All of us.

A certain Australian pastor, who I’ll refrain from naming at this point, made some frighteningly similar remarks to these vengeful clerics in the context of the Victorian bushfires last year. It is to be hoped that he submits his theology to the crucible of his peers before making any more remarks like that… PH

‘I saw a man coming, as it were from Ireland. His name was Victoricus, and he carried many letters, and he gave me one of them. I read the heading: “The Voice of the Irish”. As I began the letter, I imagined in that moment that I heard the voice of those very people who were near the wood of Foclut, which is beside the western sea – and they cried out, as with one voice: “We appeal to you, holy servant boy, to come and walk among us”.’ Patrick of Ireland from his letter, Declaration.

In his own words, we learn of a call, not unlike Paul’s to Macedonia, to go to Ireland, where he had previously been a slave, and ‘walk among us’.

The same God calls us today to walk in places where we were once slaves, and graciously and lovingly demonstrate the love of God.  The God of redemption takes the very prison that enslaved us and turns it into a field of salvation, if we choose to walk there. PH

Growth is change
in a positive direction
towards Christlikeness
we won’t grow if we won’t change.

Obstacles to growth/change include:

Make a careful exploration of who you are and the work you have been given, and then sink yourself into that. Don’t be impressed with yourself. Don’t compare yourself with others. Each of you must take responsibility for doing the creative best you can with your own life. Gal 6:4-5 TMB

The unspiritual self, just as it is by nature, can’t receive the gifts of God’s Spirit. There’s no capacity for them. They seem like so much silliness. Spirit can be known only by spirit—God’s Spirit and our spirits in open communion. 1 Corinthians 2:14 TMB

In a world where private moments are played out on a global stage, nothing is certain about Tiger Wood’s statement today.

Is it a carefully stage-managed step towards restoring his golfing career and endorsements, or the honest confession of broken but recovering man?

Hopefully it is the latter, and if so, the apology part of his statement contains two important parts of repentance.

Firstly, he takes full and complete responsibility for his actions and did not attempt to blame anyone else, especially his wife.

Secondly, he acknowledged that the truth of his apology can only be judged by his actions over time.

To the extent that someone, who has lived a double life for years, can be sincere, these sentiments are important first steps to recovery.

Does God forgive someone who has betrayed his marriage vows numerous times in the most wanton fashion? The answer is yes, if through faith in Christ, he turns from those things.

“If we confess our sins, he is faithful and just and will forgive us our sins and purify us from all unrighteousness.” 1 John 1:9

The same scandalous grace we need in our more private lives is available to internationally acclaimed golfers. And everyone else…

However, given that Tiger’s mother claims he has re-embraced Buddhism, a religion in which God does not really feature, the question is not so much, ‘Does God forgive him?’ but ‘Does Tiger Woods know God and even comprehend his need for God’s forgiveness?’ PH