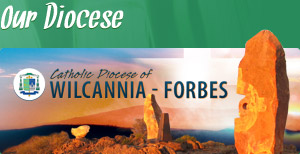 A far-flung Catholic School became the centre of inner city ire this week when news broke that a child had been denied enrolment because her parents are a same-sex couple.

Within minutes of the story being aired by the ABC, Greens schools spokesman John Kaye was on the airwaves lambasting non-government schools in general because they weren’t subject to anti-discrimination laws. He demanded that they be made to abide by these regulations if they wanted to continue receiving 85 per cent government funding.

Leaving aside the right or wrongs of the actions of the Sacred Heart School, Broken Hill, and indeed the veracity of the claims being made against it, let’s consider for a moment who is righteous enough to cast stones in this situation.

If the well-being of the child is the real issue, as the various detractors most self-righteously proclaim, then the action of the parents in taking the matter directly to the media is highly questionable. There would have been several other options, if their concerns were in fact sincere, such as appealing to the appropriate Bishop who would have quickly offered the child a place, judging by his reaction since the story broke.

Anyone who knows small towns realises that everyone in Broken Hill now knows exactly which family is at the centre of this row, surely not an ideal situation.

Then there is the hypocrisy of John Kaye who immediately politicised the case and uses it as an excuse to push the Green agenda which is to force faith-based schools to relinquish their deeply held, ancient beliefs that are at the centre of their life and community. What he would really like is to see private schools removed altogether, or at very least, all funding for them removed.

How can we trust Kaye’s sincerity when speaking up for this child when really all he appears interested in is his own political advantage?

In regards to the funding question, it is a ridiculous argument to say that because Catholic and other non-government schools receive funding towards the education they provide, they should also be forced to take anyone who wants to enrol.

Not even public schools do that. Most will only enrol children who live in the right catchment and there also many who are selective on the basis of intelligence or sporting success or performing arts ability.

Very few non-government schools put barriers in front of enrolment for any of those reasons and the only thing they ask is that potential students and parents be respectful of, or adhere to, there clearly stated community principles.

For example, the Sacred Heart School in Broken Hill includes these statements on its website:”In active partnership with parents, our parish schools offer quality teaching and learning, which enables the education of the whole person. It is in this partnership that our schools are called to a strengthening of their Catholic identity by a renewed evangelisation through God’s grace and the work of the Holy Spirit. In this way we are drawn into a deeper and more intimate relationship with God, and so participate more sensitively in the mission of Jesus Christ.

“Given the moral and ethical contradictions in our world today, and the apparent loss of traditional family structures and parish connections, we hold fast to the message of faith, a gift from God, that provides the foundation for Catholic education. Linked in mission and purpose, Catholic schools in our parishes are resilient in spirit. Forming authentic communities of faith, they find their justification, inspiration and measure in the person of Jesus Christ, the Son of God.”

Most people would realise that the Catholic Church is not wildly enthusiastic about homosexuality, based on thousands of years of tradition and the teaching of the Bible. While this might not be popular with many today, it is a clear position and not surprising. Even so, most Catholic schools have, in the words of a Catholic education spokesman today, ‘a very inclusive approach to enrolment’. It is sad that a child has been caught up in this uproar, but there are more than the school representatives who need to take responsibility for that.

And as for the Green’s delight at being given the opportunity to stick the boot in, this puts the lie to claims by advocates of gay marriage that ‘churches would never be forced to marry gay couples if they don’t want to…’

I was educated in public schools from kindergarten to year 12 and mostly this was a good experience. My children had a mix of public and private and the private came when we were on very low incomes and was only possible because of the generosity of the school. An experience many parents have.

My advice to parents has always been to choose the school that is right for you and your child academically, socially, emotionally, spiritually. One wonders if that was the motivation on this occasion… Let’s hope the child’s wellbeing is to the fore in everyone’s mind from now on.