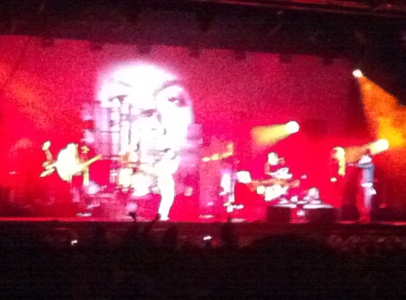 Guy Sebastian brought his Armageddon concert to the Hordern Pavilion tonight and showed again why he will continue to be one of Australia’s leading performers.

Not only was the show energetic, fun and original, it was also faultless with Sebastian using his voice like a well tuned, well loved instrument.

His vocal precision was matched by a ‘killer band’ by his own estimation and no one could argue.

Carmen Smith of The Voice fame had a large vocal (and groovin’) role, often stepping up from backing singer to take the lead with Guy.

And while the all-age audience loved his pop and soul favourites, the night belonged to the deeper, more telling music off the yet to be completed Armageddon album.

Perhaps it was the recent birth of his son or a natural progression for this man of talent and faith, but the new songs he performed all have an edge of strength and emotion that will earn Guy Sebastian new fans and recognition.

Big Bad World is a song for his son but is a song for all parents and all children while title song Armageddon is a love song that collides with thoughts of the end of the world, more than a little beyond some of the catchy but light tunes of the past.

It was all class and even the somewhat tired Hordern couldn’t contain the sheer pleasure of the audience.

Armageddon the album is just a few weeks away from completion, Sebastian told his fans tonight. And after two years in the making it will be worth the wait. 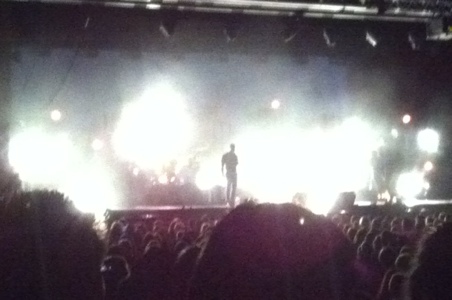