Several thousand past and present students of Greenacre Baptist Christian Community School will be glued to the MasterChef finale with former teacher Kate Bracks one of the final two contestants.

And quite a few might be saying the occasional prayer to see her win the final challenge next week. They’ll be joined by the members of Orange Evangelical Church where Kate, husband Luke and three children are members. Throw in additional prayerful support from Orange Christian School and it could be suggested that Kate has an unfair advantage.

But it will come down to taste and so far, Kate has proved time and again that her food has plenty of that. The township of Orange is, no doubt, in raptures about her success and will be hopeful her cool and calm approach will continue into the grand final.

Back in the early years of this century when Kate was teaching at Greenacre, she was a much-loved and respected teacher at a beautiful little school located in an area often referred to, somewhat ominously, as south-west Sydney.

And while fires and shootings at nearby car wrecking yards were routine, there was an atmosphere of love and peace that enveloped the school and embraced two of my children for several years.

Kate taught my youngest son in his pivotal Year 6 and, while there was no hint of her cooking prowess in those days, she was an excellent teacher.

On his Year 6 progress report, she wrote: “He is cooperative, modest and encouraging in his dealings with others.” Sounds very much like Kate’s own approach to her time on MasterChef.

Kate spoke about taking on the challenge of MasterChef to show her children that it’s possible to chase one’s dreams and be stretched beyond our normal existence. It might also be a shout-out to all parents to be living examples of faith in action to their children, shrugging of conformity and consumerism and doing something generous with their lives.

As for taking on the MasterChef challenge, Kate credits family and friends for their support. The Central Western Daily newspaper (worked there myself back in the day…) reports: 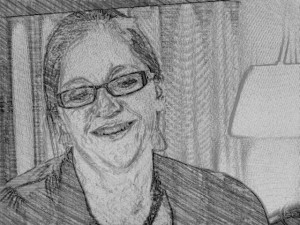 “Despite her love of cooking Mrs Bracks said she wouldn’t be competing in MasterChef if she didn’t have the support of her family and friends, including those from the Orange Evangelical Church. ‘I’ve got such a supportive network,’ she said.
Even after a successful audition for the show it took an extra push from her husband Luke, a teacher at Orange Christian School, to remind her that she was up to the challenge ahead. ‘He just told me not to let other things get in the way [of me doing this],’ she said.”

Kate and the Dalai Lama