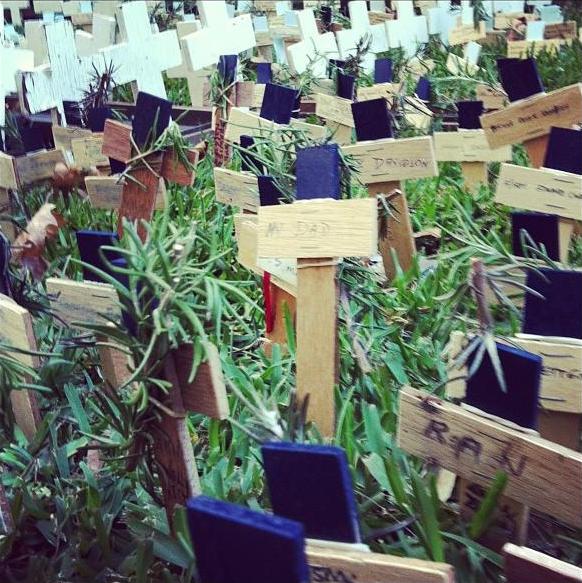 In discussing the amazing opportunity that lies before the 23rd million Australian who joined us last night, Michael Pascoe says that perhaps the most significant thing about being Australian is redemption.

‘…it came down to redemption, to giving people a second chance.’

Pascoe says that while he hoped baby 23 million would make the most of its first chance at a lucky life, he agreed with John Menadue that being Australian is all about the great second chance. Here’s some of what Menadue wrote at Australia Day:

‘…whether Australian born, migrants or refugees an equal opportunity in life, a second chance. That ethos of redemption is a core part of our history…. A friend of mine, Ian McAuley, said that whilst the British sent the puritans to America, they sent convicts to Australia and that we got the better of the deal. The underprivileged and the outcasts in Australia got a second chance.’

We see redemption also in Anzac Day and perhaps this is why it has become such a powerful national symbol. Young Australians caught up in a military mistake, a tactical disaster and a human tragedy find a way to redeem this hopelessness through courage, self-sacrifice, comradery and humour. We may have lost the battle and many thousands of sons, but we bought at great price a sense of national identity and pride.

If that is true, if as Pascoe, Menadue and McAuley seem to agree – redemption is at the core of who we are – then there is great hope because national redemption is still needed.

Just as the landing at Anzac Cove, Gallipoli was a mess, so to the landing of the British at Sydney Cove – for Indigenous people. We can’t turn back history but we can acknowledge that while convicts may have got a second chance, this was too rarely offered to those original Australians caught up unwittingly in the chaos and, yes, carnage of colonisation.

But if we are truly redemptive, then the good news is that it is never too late to redeem what could have been. And today there are many examples of redemption as Indigenous people find their place in their place, through courage, self-sacrifice, comradery, humour – and good will. May it grow and grow.

Our treatment of the environment could use some courageous Anzac redemption. How is it that we have allowed more species to become extinct while using more power and creating more pollution than just about any other people? Redemption, redemption.

And our continued view of the outside world as something to hold at arm’s length, protectively, has led to one mess after another. If you are not so sure, then remember we had a ‘White Australia Policy’ when the original inhabitants of this land were not white?! And whatever of the many sides of the refugee debate you stand, you would have to agree where we have come to is reminiscent of the tactical disaster of April 25, 1915. Some would say the outcome is not much different.

But we can redeem this because if we have learned anything, it is that you cannot keep the world out for long but you can make the most of its untidy coming. We, in common with all humanity, can’t steer clear of defeat and death and wasted lives, whatever we might wish. But we can live again – somehow – collectively, prophetically, spiritually.

I would say, and some will leave me here, that this redemptiveness in the Australian spirit, is in keeping with One who said he gave himself Anzac like for all peoples, not just some, in the great redemptive act in history. And so when we find victory in defeat, or reconciliation in grief, or new life out of devastation or homes for desperate wanderers, we are simply touching the great story of us all.

For while you will hear many definitions of redemption: buying at great price, with no regret, what once was yours but was lost, is the greatest meaning of them all.

Have a redemptive Anzac Day. And previously:

It doesn’t take war to take a life

2 thoughts on “This Anzac Day, we have 23 million redemptive opportunities”