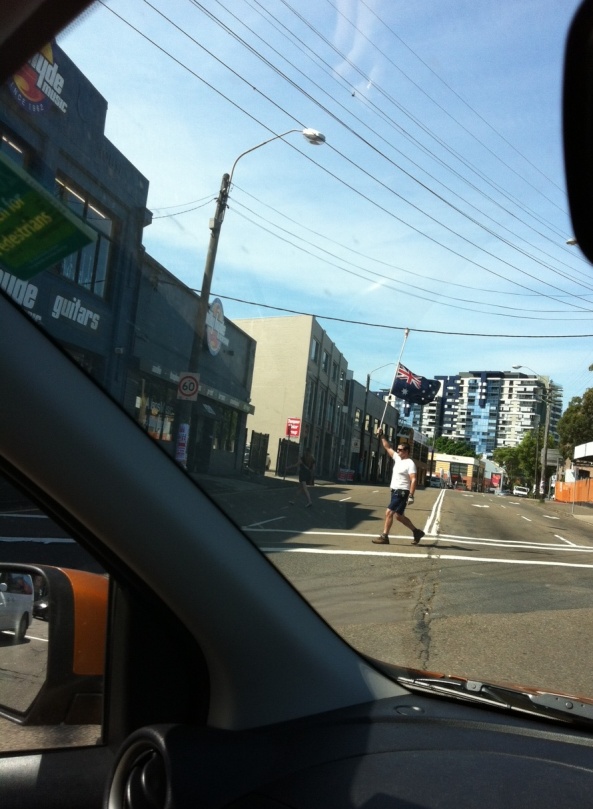 We wonder if Sydney’s inner west resident flag-marcher will be out and about today after Australia’s great win in the second test in South Africa. He was first spotted on the eve of one of Australia’s Rugby World Cup games, spreading national fervour around the intersection of Crystal St and Parrmatta Rd.

When photographed, he was doing quite a long trek between Pyrmont Bridge Rd Camperdown and Norton St, Leichhardt. The flag on this day was suitably half-mast because it was the day after Australia had lost the first test match in South Africa. Flag watchers will be hoping for a another glimpse of the mysterious flag-marcher today or tomorrow, this time celebrating victory.

In the meantime I love the detail captured in this hurriedly taken iPhone photo… the woman disappearing as quickly as she can away from the marcher, the reflection of turning traffic in our rear-vision window with our marcher not flinching at its imminent arrival, the gloves he wears for longevity of grip and the reflection of my wife’s hand in the windscreen, complete with wedding ring.

To cap a great day of hurriedly taken photos, we also caught this impromptu portrait of the inner west’s best-loved street-corner windscreen washer. Having grown to love his work (windscreen washing and also creative costumes and props) when he was based at the intersection of Parramatta Rd and Liverpool Rd, we were delighted when he moved closer to the city with us and set up long term at the interesection of Johnson and Parramatta Rds. 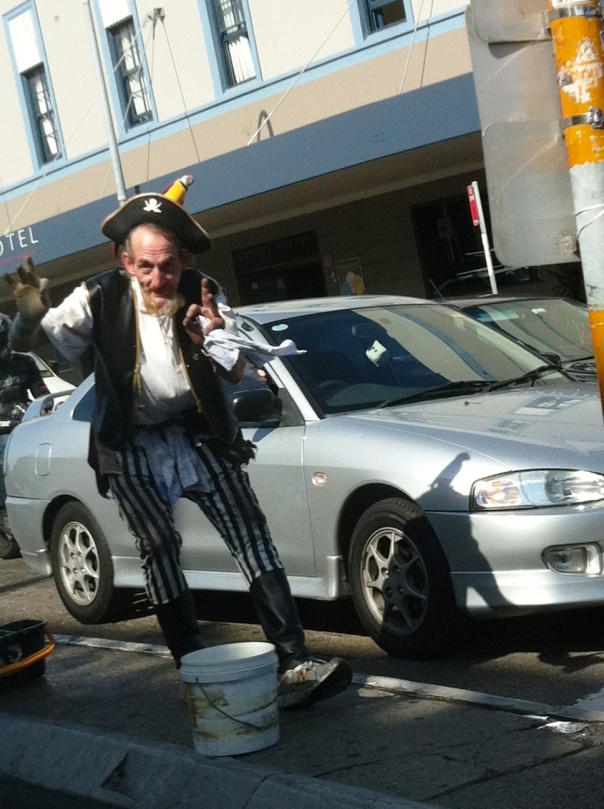